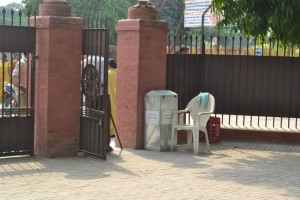 Sack is replaced with a metal box

I am very happy and proud today that government took my citizen report seriously and took some action against the corrupt government employees. Today I visited Sarnath to make a followup report and I was really shocked to see the change. A lot of my colleagues had already told me about the change in system at Sarnath but I was really not expecting for that huge change. The first change that I noticed is that staffs at the ticket counter were different. Actually the main guy who was involved in the scam was transferred first and later suspended (maybe, not sure yet). 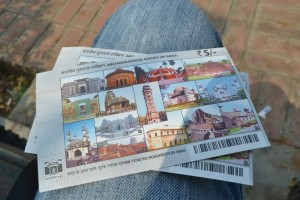 I bought the ticket as I entered in the monument I saw second change. The ticket looked different. This new ticket had a bar code and a unique number. The third change was that the ticket checker was different. He took my ticket, teared off into two parts, kept one part with himself and returned one part back to me. Fourth change was that my camera was checked whether it was a still photography camera or a video camera. Actually there is a charge of Rs. 25 for filming and they just wanted to make sure that I was not going to film anything without paying the fee. 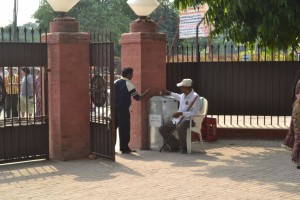 Fifth change was that now there was a metal box instead of a sack to collect the ticket and this metal box was locked which means once the tickets go inside no one can take them and resell them. I went inside for a walk and again noticed changes. Now there were more security guards really working. They were walking continuously, stopping people from walking over the ruins, helping people and they all looked very active. After walking for an hour and making the report I just went near to the entrance gate and sat there for a while to see the affect of my report. 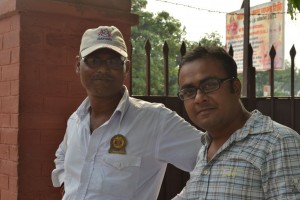 I saw that each and every ticket was checked, teared off and was kept in the box. I saw another change of stopping people from bringing any eatable items inside so that people do not throw the waste and monument stays clean. I had also noticed monument was a lot cleaner than it used to be. Finally I wanted to photograph the new employee and I did not know how to ask him for it. I made a plan that I asked my friend to stop me once I reach near the exit and get photographed. This way we wanted to pretend that I was getting photographed but in reality we wanted to photograph the new employee. 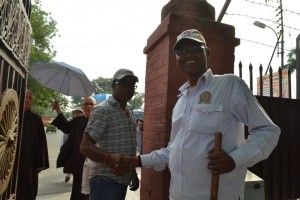 I was a little bit nervous about they identifying me but nobody could identify me as all of the staffs were new. I had really great time today and I was so so happy and proud to see the change. CNN IBN again showed my report.