But again I did not want to write about that classical history of Varanasi hence I chose cultural diversity in Varanasi. I really love this face of Varanasi and it always amazes me how culturally diverse my town is! I completed my training in December 2009 and since then I have been working freely with tourists and researchers. I use the word “freely” because I had already been working with tourists and researchers since four years before I got my license but since I was not authorized guide those days, I needed to hide by identity before the police at the monuments.

Usually I work freelance because if I work with any travel agency then I can not show the real Benares to my clients. Travel agencies tour packages are already decided by them and they consist only three-four things like evening ceremony at the Ganges, morning boat ride and a visit to Sarnath and maybe a visit to Golden temple but I know it very well that my city doesn’t end here, its just nothing. They miss most important parts of Varanasi but yea, one thing is sure that they never miss a visit to the most expensive shops whether the clients are interested in shopping or not.

Anyways, I have designed my own tour packages which includes visits to Ashrams where Sadhus live to die (its not a hospice), visit to several temples like Tulsi Manas Temple (it has moving electronic statues and you will see how our religion is passed from one generation to the other one in an interesting way), Sankat Mochan Temple (the money temple), Golden Temple, Nepali temple which has kamasutra sculptures, visit to Sant Ravidas Temple (here you will learn the reality of caste system) and a lot others, visit to NGOs, visit to Akhadas (traditional Hindu gym, mind it its not like what you have in the western world), walking tours of several hidden and old alleys of Varanasi… I have a website with detailed information about the tours I offer. Please visit www.groovytours.org for more information. Thanks.

I have been awarded by CNN IBN as citizen journalist 2011 for my fight against corruption in tourism industry. Actually there was a huge scam of reselling of entrance ticket was going on at Sarnath and I had exposed it with help of CNN IBN. As an impact of my report, all the government officers involved in the corruption were suspended. A new and reliable system of ticketing with bar code and a unique number on every ticket was introduced. A better way of collecting the ticket was also implemented. And now I can proudly say that there is no corruption at Sarnath anymore. 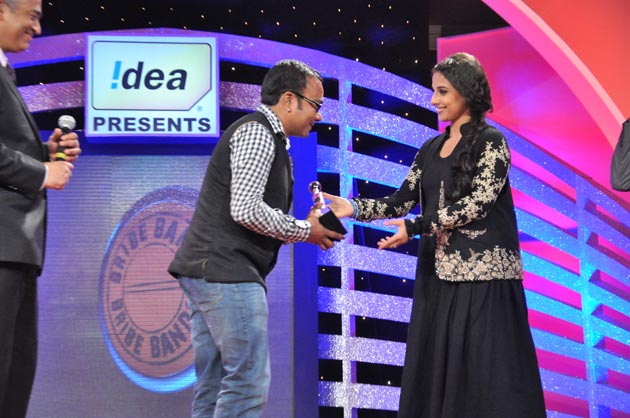 I receiving the Citizens Journalist Award 2011

My report that got me the Citizens Journalist Award-