Castism is a really huge issue in India and people have crazy ideas about it. Its really sad the way we forgot real castism and now discriminate against people on the basis on their caste. In the ancient time the caste was decided by somebody’s profession and not by the caste of their parents but at present the caste is decided by their parent’s caste. I had always thought that such practices are not very strong in Indian cities amongst educated people anymore but yesterday something happened with me which made think twice about it and made me realize that the people who discriminate against others on the basis of their caste are everywhere in India.

Yesterday my uncle, who is a professor, from Andaman and Nicobar Islands was visiting me yesterday. He first went to his village and hired a taxi to come to Varanasi. The driver of the taxi was also from his village and knew him very well. I was supposed to arrange dinner and accommodation for them at my home.  After giving a room to my uncle I was going to give another room to the driver but my uncle said that the driver won’t sleep on the bed and he would sleep on the floor. I asked him why and he said because he belonged to a lower caste called Pasi.

I was to shocked to hear these words from a professor. I told him that I had no problem with him sleeping on a bed in my home and he said that he won’t allow him to do so and all this conversation was going on in front of the driver. I was really ashamed to hear this and when I looked at the driver, he was also looking down with his head down. I did not want to see this happen and I told my uncle to let him sleep in a room on bed but my uncle just did not want this to happen. He asked me to provide a mat to the driver on the roof so that he could sleep there.

Summers are terribly hot and humid in Varanasi and I knew it very well that its not comfortable at all to sleep on the roof if the weather is not good. I was feeling so bad for the driver but I just could not do anything. Finally I had to provide a mat to him on the rooftop. Now it was the food time. I took food for the driver and was going to give it to him on the roof and then again my uncle appeared and asked me to change dishes. He meant to say that I should not give him the food in the dishes we use in everyday life. This was just too much but again I could not do anything.

I again told him it was no problem for me if a person belonging to a schedule caste eats in my dishes but he said that if I do such thing then he won’t eat at home as this process would make my home impure. I think it was biggest surprise for me within past a few years to hear such wordings from a well-educated person. He asked me to take a plastic plate and serve the food in it. I took a plastic plate but I did not have a plastic bowl hence I again used the steel bowl what we use at home and he did not even want this. Finally I had to arrange a clay pot to serve food. I was so angry that I did not even want to see my uncle or listen to him hence I had to do it.

I felt really bad after seeing what happened with the driver and was wondering how my society could change if such evils like my uncle are still there in the society? A well-educated person doing such thing, unbelievable. Politicians are also taking full advantage of this system by introducing new reservations everyday and not talking about ending them at all.  India talks about becoming a world power, IT hub, super strong country but if we don’t even respect our own people, our own society then how can we can even talk about development? Is money the only happiness? Happiness and equal rights don’t mean anything? Is India really changing? Are we really developing and becoming a super power or happy country? After going through this incident I can easily say, “NO”. 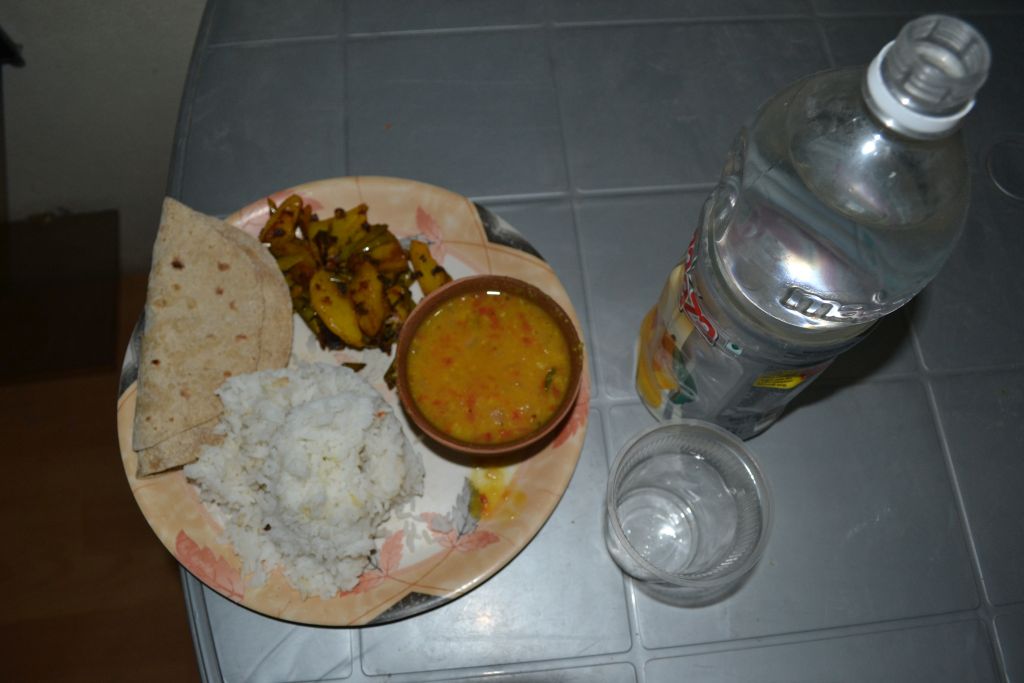 I traveled to Ratlam from Varanasi by train a few days ago to attend a wedding which means over 24 hours of journey. I take train all the time but usually I avoid train journey if it is more than 13-14 hours but this time I had to take this 24 hours train because I had no other option as my ticket was booked by the person getting married and we were going to travel in a group which is always fun. There are several classes in Indian trains such as general class ( no reserved seat for any passenger), Non-AC sleeper class, 3 AC, 2 AC and 1 AC and usually I prefer 3 AC as it is the cheapest comfortable class but this time my ticket was booked in Non-AC sleeper class.

The journey from Varanasi to Ratlam was kind of okay, and to be honest I never got bored because I was with my friends. The journey from Ratlam was kind of an experience. When the train arrived at the Ratlam station we saw that our car was locked from inside and there were people sleeping on our seat. We asked them to open the door but all of them were pretending to be not hearing us. Finally we had to enter in our car through another car’s door. When we asked those people sleeping on our seat to leave they just did not want to hear us. All of those people had wait-listed tickets which means their seats were not confirmed yet.

We requested them first, then started shouting and finally we had a fight with them. Finally after 45 minutes of requesting, shouting, fighting and war, we got our seats:) I had already traveled several times in Non-AC sleeper class but this time it was an unique journey as I saw something that I had never seen before. In Non-AC sleeper class, anyone is allowed to come hence all kinds of services are offered by unauthorized people. Someone comes selling chai, someone comes selling books, someone comes begging… but this time I saw snakes in the train.

I saw a group of snake charmers showing snakes to the people and asking for money and people were offering money to them as snakes are related with Lord Shiva and are considered holy in Hindu religion. I was really surprised but was laughing at the same but it seemed really strange to me. Snakes in the train and no one to stop them? Anyways, I was able to film it. Enjoy!