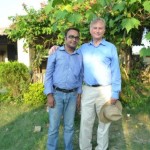 Richard Dawkins and I 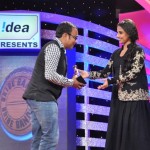 I have worked with many local and international Non-Profit organizations. I am still part of a foreign NGO as Indian agent and have established my own NGO as well in Varanasi.

Apart from working with researchers and students, I have done my own research as well. My researches were not recognized by any institution but it was for my personal betterment.

I am a government approved tour guide for North India and have worked with many tourists from around the world in and outside of Varanasi. I have attended training of 16 weeks organized by Archeological Survey of India and Ministry of Tourism for Government of India. Click here to see my legal recognition as a tour guide. I am not associated with any travel agency working anywhere in India, I always like to work freelance because my style of working is different than expectations of travel agencies from the guides working with them. I have designed several different kinds of my own tours, including walking tours, of Varanasi and nearby cities. I have started an unique activism of fighting against corruption in tourism industry and I was awarded by CNN as citizen journalist 2011 for my fight.

World Through Music: Worked with a musician named Josh Massad from California, USA on his project named World Through Music. This project was about teaching music, music instruments and geography to the school kids in Benares and I was responsible to organize this whole project and do interpretation. (Feb. 2010)

World Through Music IInd season 2011: Worked with Josh Massad again in March 2011. Again I was responsible to organize the project.

I meet a lot of people on couchsurfing and help them by providing right information about my city and country. They have all written references on my couchsurfing profile. Please click here to see those references.