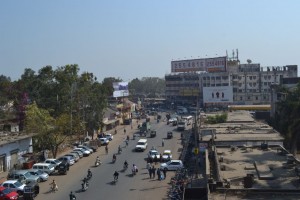 I visited Bhopal for first time with a friend and I really loved that place, especially the way Madhya Pradesh Tourism Department has organized tourism in the state. There was problem with the hotel but it was okay. We stayed at the Ranjeet Hotel near the railway station. The hotel was nice for the amount I paid but when I tried to book it over phone from Varanasi, they said that there was no room available. We arrived in Bhopal around 10.30 PM and we did not have any hotel booked but we knew the name of Ranjeet Hotel so we just decided to show up there and check our luck. Although they had already told me over phone that there was no room available, when we arrived there they gave us a room. It was strange but good.

We had one important work in Bhopal which was to visit Chingari Trust to learn about their work which we were able to do the very next day after we arrived in Bhopal. Now we had plenty of time to see the city. We took some suggestions from the people working at Chingari Trust and went to visit the two lakes of Bhopal named Bada Talab and Chota Talab. Both of the lakes were just awesome. They looked clean and there were several options of water sports. The Chota Lake is separated from the Bada lake by an over-bridge. We did not play any sports but we just walked around and enjoyed the atmosphere. 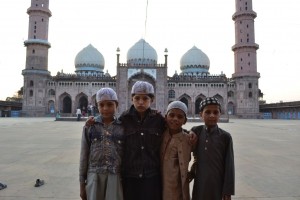 beautiful kids at the mosque

After visiting the lake we took an auto rickshaw back to the hotel. But on the way to the hotel I asked the driver if he knew any good place to visit nearby and he told me about a mosque called Darul Uloom Tajul Masjid. I had already read about this mosque and wanted to visit it for sure so we decided to visit the mosque before going to the hotel. The visit to the mosques was one of the best things I did in Bhopal. The mosque itself was beautiful and really huge. This mosque is one of the biggest mosques of Asia. This mosque was one of very few mosques of India where they allow women, non-Islamic people and foreigners to enter in the mosque. 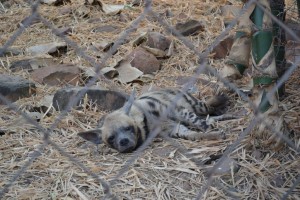 hyena in the naitonal park

Darul Uloom Taju Masid has an Islamic school inside the mosque and I met a really nice student studying there. He showed me his school, told me about his life, took me to his room… He said that he had already studied up to class 12th in a regular school but after completing class 12th, he decided to study Islam hence he joined the mosque. He showed me his books but when I wanted to touch his Quran, he immediately asked not to do so. He told me that since Quran is the most holy book for Muslim there is a certain procedure of cleaning the body before even touching the Quran. I was really impressed to see his respect for holy Quran. 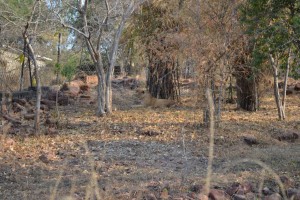 lion was also there

I talked with him for about two hours and to be honest it was one of the best conversations I have ever had. We talked about politics and Hindu–Muslim tension also. He said that the reason behind tension between Hindus and Muslims are completely prohibited in Islam hence the people who create tension are not real Muslims for sure and if they say they are real Muslims they are telling a lie. I had also heard about this thing before and I was really happy to meet a young Muslim believing in this idea. I see these kind of people as the real development of India. We shared our contact information and I would love to meet him again whenever I go to Bhopal again in future. 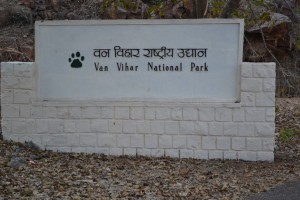 The next day we went to visit a small national park called Van Vihar. Van Vihar was also awesome. It was situated near to the Bara lake. They had bicycles for rent, battery-run vehicles or walking was also an option. It was really quiet and nice place. There were so many animals such as lion, tiger, leopard, deer, bear, hyena, crocodile, monkeys… All the animals seemed to kept in a good condition. It was a 7 KMs ride from one end to the other end of the park. Plastic bags were not allowed and it was a no-horn zone which means you just don’t feel like in India. At the other end of the park there was a cafeteria serving snacks. We rented a bicycle and watched the animals and enjoyed the quiet place a lot. It was a really nice experience. 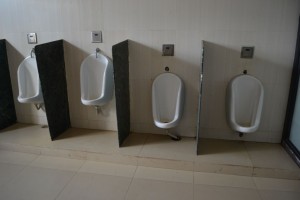 look at the right side ones

There was something very interesting at the park. They had arrange different kind of urinal for Muslims. Actually Muslims have to sit when urinating hence a different kind of urinal system was arranged for them just next to usual urinals that we see elsewhere. This urinal system was setup closer to the ground level so that they squat and pee. I have traveled to so many places in India, have a lot of Muslim friends and have been to their homes also but had never ever seen anything like that before. Awesome. Actually Bhopal has a huge Muslim population and this might be the reason why they arranged such thing. 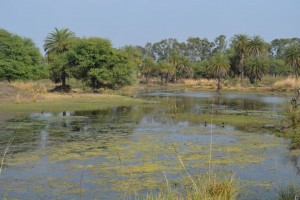 wetland for birds and crocodiles

The next day we went to Bhimbetka and on the way back to our hotel we visited an ancient Shiva Temple called Bhojpur Shiva temple. The next day we went to Sanchi. All of these places were really nice and I loved being in Madhya Pradesh. The weather was nice, it was really green and a lot quieter than where I live. The sites were clean, I never met any tout and everything looked cool for the tourists. My state has thousand times better tourism opportunities than Madhya Pradesh but only because of politics and government ignoring tourism all the time, very soon Madhya Pradesh will lead Uttar Pradesh. It was a very nice place to visit.