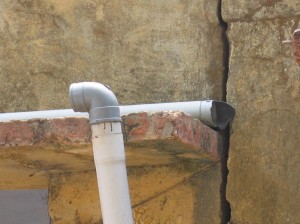 I worked with the American writer Mr. Michael Blanding for two days (14th and 15th of June) in Mehndiganj as his translator and local assistant. He is writing a book on the Coca-Cola issue. This book is called Coke Machine and will be published under Penguin Publications, USA. (update – purchase here) I met him on the 14th at Lok Samiti’s office in Mehndiganj. Michael has already written a few articles about the Coke issue in Columbia but this time’s article is going to focus on Indian, Columbian and Mexican issues. One of his most popular articles is “Coke: The New Nike?” 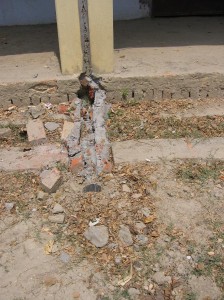 I already knew about the Indian and Columbian issues but I did not know that Mexico was also affected. Michael told me that Mexico is the biggest market of Coke products and now they have a huge problem of obesity and other health-related problems. Obesity was not a problem in Mexico a few years ago but since Coke’s sale has increased in Mexico, obesity has also increased with it. He told me that Coke and Pepsi both are going to introduce Nariyal Paani (Coconut water) in India, which sounded crazy. What is the need to do it? I am sure that they will never ever be able to provide the natural drink, after all it will be mixed with chemicals. 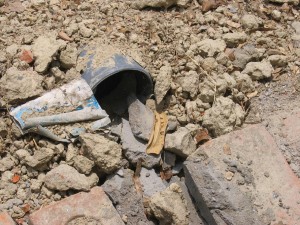 We interviewed about ten people, visited Coke’s rain water-harvesting sites�at different places and saw Coke’s waste-water discharge system. I was hoping to see something better this time but the situation is still the same. We went to Coke’s two rain water harvesting sites, one of them was on the roof-top of the Agriculture Research Center, Kallipur village and another one was at the roof-top of the Mijramurad Police station. We saw that none of the water harvesting sites were in working condition and most of the pipes were either broken or jammed. 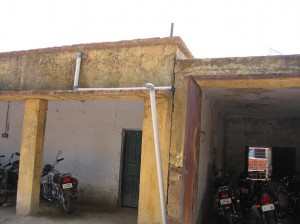 rainwater harvesting at the roof top of Mijramurad police station

We talked to people working at the Agriculture Research Center and all�of them said that Coke had started the site about two years ago just to show off. It stopped working within the next few months and no one from Coke ever came to repair it. Even though they informed the Coke officials about it but they did not entertain villagers. People said that now the roof-top over-flows and their rain-water harvesting site doesn’t work at all. We saw the well also which was supposed to hold all the rain water and then recharge the ground water, and we found it was completely dry. People said that they never saw any water in the well because the pipes connected with the wells are jammed.

We went to see other rain water harvesting sites at the roof top of the Mirjamurad police station and the situation was the same there as well. Most of those pipes were either broken or jammed. We talked to a journalist who lived near the police station and few police officers and all of them had the same opinion as the Agriculture Research Institute employees. They also said that the site was started about two years ago and then it stopped working within the next two-three months and no one from Coke ever came to see it.

We talked to people living near the plant, and all of them said that they were suffering with water problems and all of them blamed Coke for this problem. They said that they had never felt any water shortage before Coke had arrived in Mehndiganj. Many people showed us their wells which were completely dry and they showed us their hand pumps which do not work any more. Farmers told us that they buy the water to irrigate the land because their bore wells do not work any more. There are a few rich people who have submersible pumps to get water and they sell the water to poor farmers.

We visited two of the ponds dug by the village committee. They showed us how their ponds are different from Coke’s ponds or rain water harvesting sites. They told us that they have chosen the land that has lime in the soil which filters the water very well. The village committee has connected nearby villages to the pond through pipes and this way all the rainwater will run towards the pond and will recharge the groundwater. It did not seem to me that Coke had done anything like this with their ponds. It seemed that the village committee is doing a great job.

Nandlal Master, President of Lok Samiti, said that Coke had conducted a groundwater testing through an agency called TERI (TATA Environmental Research Institute) and they have also advised that Coke leave Mehndiganj. I also think that Coke should leave Mehndiganj as soon as possible because I have been visiting Mehndiganj for the past three years and I see situation getting worse and worse every time I go there. I am so excited for Michael’s book to be published. I hope that he will also support the struggle of Mehndiganj’s people.

3 thoughts on “Coca-Cola research for book”