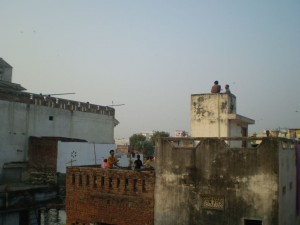 A boy busy with his kite

It was kite festival on the 14th and 15th which I like a lot. I used to fly kites for at least four-five months a year but stopped doing it about six-seven years ago. Now I fly kites only on this festival. This festival is called Khichadi. Khichadi is a dish also and everybody cooks Khichadi for this festival. It has a religious importance to donate something on this festival day and everybody makes some donation. I have been donating my blood on this day for the past ten years but I could not do it this year. 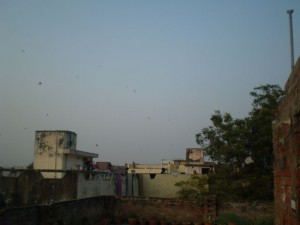 I went to the hospital but they did not take my blood because I was suffering from cold and cough. I will go after a week again and make the blood donation. I flew few kites but not as much as I was expecting. I had bought about fifty kites but I few only five. My friends flew other ones. This festival more kind of family festival. People come on the roof, they have loud music, Khichdi and kites for the whole day. The number of kite flyers have decreased a lot now. The whole sky used to be stuffed with the kites but now its not like that.

A lot of parents do not want their kids to fly kites because they relate kite flying with bad-kids. They love taking their kids to McDonalds and get them all the garbage food with Coca-Cola but kite flying is not good for them. I think it is okay. It is thousand times better than sitting in front of a TV and watching all the politics. There is a bad thing also about this festival that few kids fall off the roof. Sometimes they die also. I think every year almost 15-20 kids get injured and maybe one or two die. But its fun to fly kites. 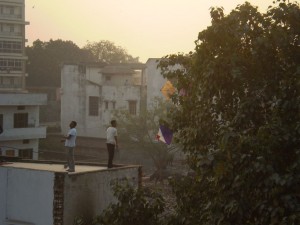 This guy had a big music system on roof

The other danger thing about kite flying is new and done by Chinese. Now we have Chinese strings which has a lot of iron in it. Its obvious to get a little cut on fingers while flying kites but if there is Chinese string then one can get tetanus if not takes any injection. The other dangerous thing about Chinese strings is that it can give you a electrical shock if your strings touch any electrical wire. And off course all of our electricity wires are open in Varanasi. Indian string has only glass powder and is more safe than Chinese one but a lot of people prefer Chinese one because it is stronger than Indian one, its sad. 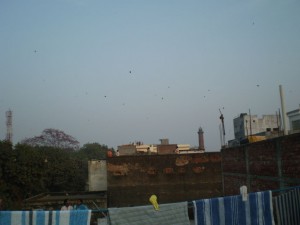 I ask my foreign friends about their kites in their country and it sounds like their kite flying is boring. Once I asked about kites to Adam, my friend in Chicago, and he was proud to say that he can turn the kites to different sides, even spin them around. He said that they he has some stuff from which he can add more than one string to kite if he wants to spin them around or turn them towards different sides. I laughed when I heard this because we also do the same thing but with only one string. I showed him our kites he was wondering how is it possible to spin a kite around with only one string.

I asked him if they cut others’ kites or not and he said “NO”. I think it will be no fun if you can not cut other kites down. He watched our kites and was shocked to see us spinning kites around with one string and cutting other kites down. You have to have some techniques to cut other kites down. We have an international kite festival this year in Gujarat where a lot of people from different countries will come to participate. But no need to say that either India, China or Pakistan wins the competition.

5 thoughts on “Kite festival in Varanasi”