We have always been hearing about how plastic is a serious threat for our planet but not many people seem serious about the issue. Especially in India where there is plastic just everywhere, even the blessings at temples are packed in plastic. Government does all the propaganda by making laws that plastic should be prohibited but nothing is implemented. Just like anyone else living in this country I am also affected by plastic but something happened a few days ago which just blew my mind. Actually I met with someone new in my life a few weeks ago and we became really good friends. A few weeks ago I was sitting at Assi crossing and suddenly a bullock came to me. 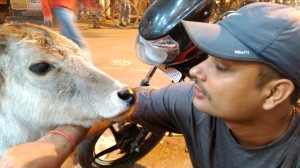 He was very cute, just came to me like we had known each other for long time and put his face over my lap. I started stroking him and he seemed very relaxed by me doing it. Suddenly a few of my other friends also came and the bullock behaved very friendly with them as well. We offered him some food but he didn’t seem to be very excited about eating it. Anyways, we named him the same evening and his name was Baba. Baba was with us for almost an hour and then we went back home. We saw Baba the next day at the same place where we met yesterday.

Now we noticed something strange in Baba’s body. His stomach looked kind of bigger than his size. We tried to touch it and it seemed very tight. We decided to ask someone who does dairy business if Baba’s stomach looked strange to him as well. Luckily there is a dairy businessman right at Assi crossing. We called him and asked about what he thought about Baba’s stomach. Based on his experience he said that Baba has eaten a lot of plastic and that’s why his growth has stopped, he doesn’t feel like eating, he is not happy and something is not done soon then he might die as well.

We had also noticed some problems that Baba seemed hungry but he could not eat. His seemed bigger in age than his physical growth. All of my friends were very sad to hear it and we decided to contact some doctor. A friend of mine who owns a cow contacted the doctor and doctor said if the plastic is in Baba’s body for long time then the only possible way to take it out is an operation. Baba’s was not in good shape at all, we noticed that he was becoming more and more skinny everyday. We were still discussing what to do with Baba and suddenly we saw his dead body by the corner of the street where we used to meet.

It was very sad to see him dead and I don’t really think that we will forget him ever. But by looking at what happened with Baba, we can easily imagine what is the condition of our animals in India, the country where each and every form of life is worshiped. Talking about Varanasi, this city had a tradition of setting up big containers at every corner of the alleys which would be filled with water and food by the locals of Varanasi so that street animals could stay happy and healthy but now the situation has become really worse that our street animals are dying by eating garbage which is mixed with plastic.

I have no hope from the government and I think the only way to solve this problem would be some initiative from the people themselves. But it also seems very complicated because whatever we get is always packed in plastic and it has to go somewhere. Usually people put their garbage on the street from where it should be collected by municipality. We also don’t have any system of separating the garbage and everything is mixed. I think the best thing would be use as less plastic as possible. I don’t know when things will change but I will try my best to change myself for sure. RIP Baba. 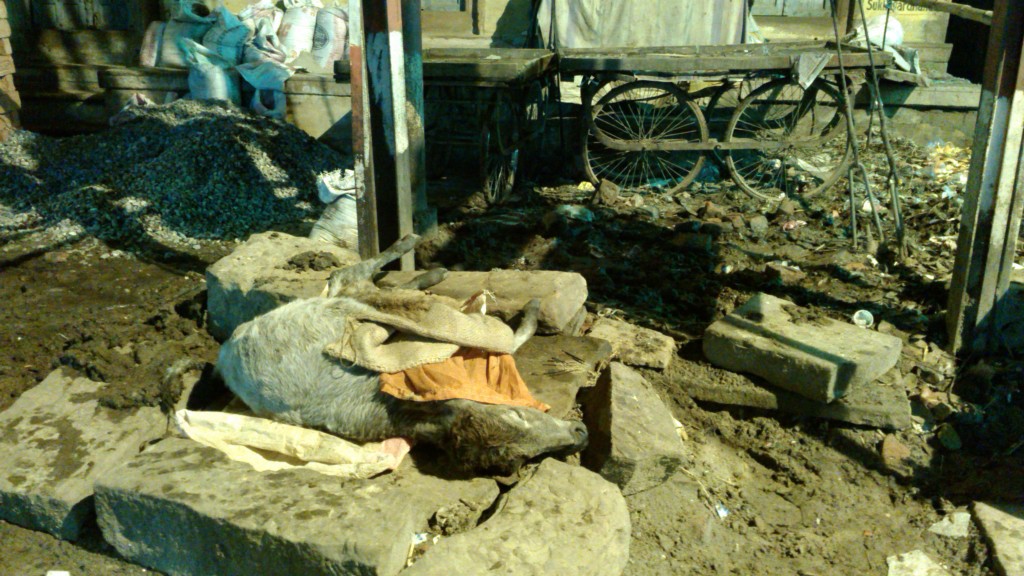