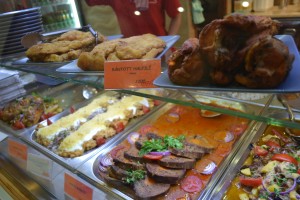 food at a Turkish restaurant in Budapest

My God, I had serious problem with food in Europe (Hungary, Austria and Slovakia). It was first time in my life when I went out of India and everything was a huge shock for me including food. I had asked my host, Dora and Attila, several times before leaving India about the food for me and they always told me that there won’t be any problem at all. In fact I was planning to carry some Indian spices with me but when I saw that Attila and Dora were so confident about availability of food me in Hungary then I just decided to leave everything on them. I had no idea what I was going to eat in Europe before I left. 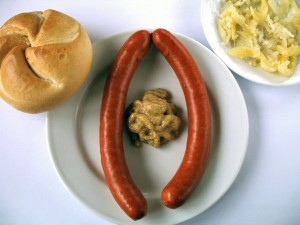 I arrived in Hungary in the evening time around 7. My host took me for a walk and then to a restaurant. I was provided the menu and I looked at it but I just did not know any food at all. I asked my hosts to choose any vegetarian food for me and they told me about a few dishes that there were vegetarian but still I had no idea. So finally I just left everything on them and they ordered something for me. The waitstaff brought the food and it looked very beautifully decorated with fresh leaves. It looked very hygienic and healthy but still I was not getting that feeling of excitement.  The look of the meal was not so attractive to make my mouth water. 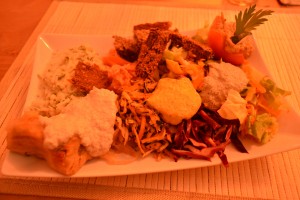 I think it happened only because of the color and smell of the food. The color of Indian food is usually either red, brown or something bright. You see the gravy, spices, chillies…The only food I think of with its natural color is the plain rice. Whereas my first European food looked very very plain with its natural color. It felt like I was going to eat something raw, uncooked or half cooked. The smell was also so different that it just didn’t feel like food at all. Anyways, I tested it and it had this really super strange taste that only after two bites I exchanged my food with my host’s food but it was also the same. 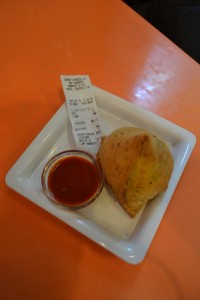 I tried to eat salad but it was mixed with vinegar and mustard sauce which was again something that I could not eat. Finally I ate a little bit of french fries from my host’s food. Anyways, I finished my dinner with half empty stomach. I didn’t take my first meal very seriously and I had a hope that I would find something the next day. We went for the lunch next day and again I did not have any option at all. I was having more problem because I am a vegetarian. Europeans eat meat all the time, even in their breakfast. You can buy meat just anywhere, even at a supermarket or a grocery store. So you can smell the meat everywhere. And another important thing is that they don’t mix many spices as we do in India so you actually very strange smell of meat. I think the smell was more of the meat whereas in India the smell is mixed of spices and meat. 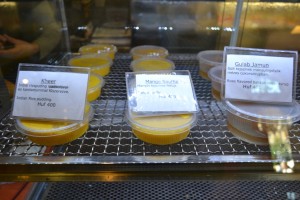 I don’t mind if anybody is eating meat in front of me but I was having a little bit of problem because of the smell. Anyways, it was not a big issue. My second meal was also something that I could not eat and ended up eating french fries with ketchup. My hosts tried their best to get me some European food that I liked but unfortunately European food was not for me. In fact once they took me to a vegan restaurant but I still did not like their as they also used vinegar, mustard sauce and raw garlic sauce in the food. I was not going to any regular restaurant at all, they were taking me to the best options possible but I could not eat anything. 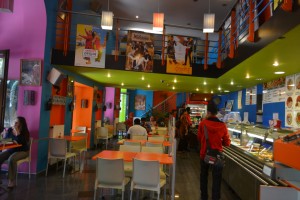 Finally after my fourth meal at the vegan restaurant I got stomach ache and diarrhea and it happened not because of the quality of the food was bad or something but just because of my stomach and tongue were not liking the food at all and by this time it was just too much. My body just wanted to get rid of the food I had eaten. I did not have any fever and the diarrhea also did not stay long which clearly mean that the quality of food was good but my body didn’t like it at all. My hosts were asking me to just try different options and see if I like anything. They told me if I did not like anything then I just did not need to eat it but I never felt doing it because I did not want to waste their money.

After seeing me struggling with food, my  hosts also gave up and they took me to an Indian restaurant called Bombay Express in Budapest. Bombay Express was a huge relief for me. I did not eat anything there but I bought Indian spices. They were selling a lot of Indian products like Lijjat Papad, MDH Kitchen King, Chaat Masala, pickles and several other things that we usually eat in India. I was so happy to have found spices and bought Kitchen King and Chaat Masala because I had kitchen available at my host’s place. We went back home and I cooked my own food which was like finding refrigerated water in the desert of Sahara:) I just took all the vegetables possible at home, cooked them with Kitchen King and ate with rice. 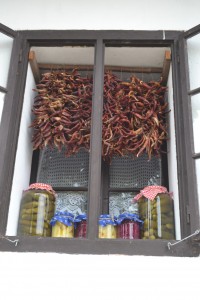 Something really funny happened is that I needed some chillies and asked my hosts if they had any chillies at home. They gave a special kind of chilly called Paprika which is the native chilly of Hungary. They told me that it was so hot and I should not treat it as Indian chilly. But at first I thought that Europeans don’t eat chillies so he just did not have any idea about how much chillies do we use in India. Attila had suggested me to use only one chilly but I used four because I was confident that I would be able to eat it without any problem but I was seriously wrong. The chilly was so hot that mouth was burning when I ate my food:) Paprika had a spark in it which one can easily feel. Anyways, since I was so hungry I just did not care about anything and finished my food. I won’t forget paprika at all. 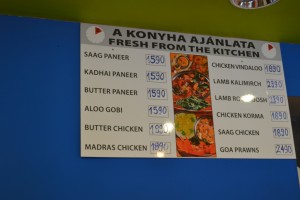 So this is how I survived by cooking my own food at home. And whenever I went out I would either carry my own food or I just ate some french fries with a bottle of beer. But I made sure that I was carrying my both spices – Kitchen King and Chaat Masala along with ketchup. I thought a lot about why I was not able to eat the food my host and other Hungarians were able to eat and I discussed about this issue several times with Attila and Dora also. Sometimes I was so  upset that I was kind on angry but then I thought that I was not in Europe to enjoy the food. 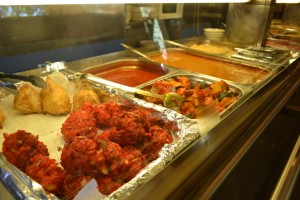 And if I could not eat the food others were able to eat then it was my problem. I work with foreigners from all over the world and I go with them to restaurants and I see them liking Indian food. They always tell that Indian food is very good. The only problem they usually have in India is with the chillies otherwise they appreciate our food but I did not understand I being an Indian and others I know who have been to Europe did not like their food at all. I talked about this food issue with several other people who had been to Europe and they all had same experience like me.

At one moment I thought that it was because Indian food has better taste than European food which now I feel like is not the truth. Europeans and Americans can eat our food and appreciate it only because they have a lot of options available in their country and they grow up eating different kind of food from all over the world. My first guest after I returned to India told me that they cook Indian food every once in week at home in Oxford. And now when I think about other people I meet they also tell me the same thing. They either cook different food or they go to different restaurants where they have got a lot of options.

Whereas in India we usually eat only and only Indian food and even the foreign food we have is cooked with Chaat Masala or something Indian. So their tongue, stomach and mind is opened for different kind of food. They have an idea about how their food would taste like hence they can enjoy the food. But with a person like I just did not have any idea about what I was going to eat. I feel that most of the Indians will have the same problem like me and it is only because of our limited orientation of mind about food. I would like to make a few recommendations for Vegetarian Indians like me who are going to travel in Europe about food-

I hope this post will help you. Feel free to write me if want to have any suggestions about food in Europe.