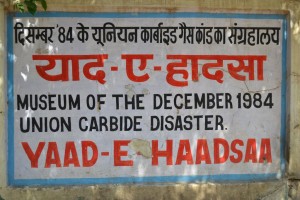 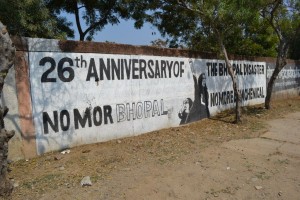 wall paintings around factory are

I was really surprised to see that no other NGO was helping the people affected by that disaster. Anyways, I called the NGO and they seemed so helpful and invited me to visit their office and working site. Their office was very close to the affected area. By mistake we reached their rehabilitation center instead of their office and to be honest I was hoping to see an office with a few people working there and was not expecting to see anyone who was personally affected but as I stepped in the office building I was shocked to see the number of affected people. 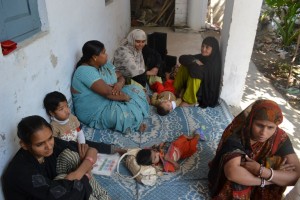 families with the affected kids

There were so many families who had brought their kids to the office because the Chingari Trust offers physical exercise classes to the affected people. I saw at least 100 kids, all aged starting from a few months to 20 years old. I just could not believe how badly they were affected. I had heard about this issue several times before and knew that the people who were present near to the affected area during the accident time were the only people who got affected and now no more new case is seen but after visiting Chingari Trust and talking with people there I came to know that still new kids are born with the diseases. 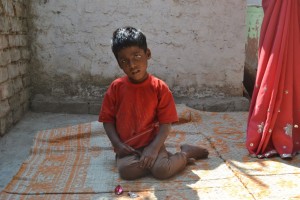 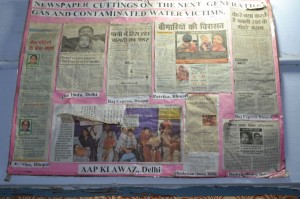 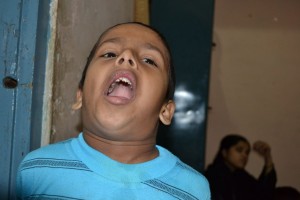 he was trying to say something to me

It just seemed like any other neighborhood in India. I was talking with Lane about it and he told me that in the United States usually such factories are setup away from the city so that in case of any problem the community doesn’t get affected which made sense to me and I was wondering if our government never thought about it while giving the license to Dow Chemicals. Don’t they think that they should at least moved people away after that accident took place? So many questions. We all know that there is huge politics involved in this issue also but government should never play with the lives of thousands of innocent people. After talking with Rashida Bee and other people at the NGO my idea about the issue completely changed. Now I also believe that not only Dow Chemicals but Indian government people working with Dow Chemicals in India are also responsible for the condition and they must be punished.