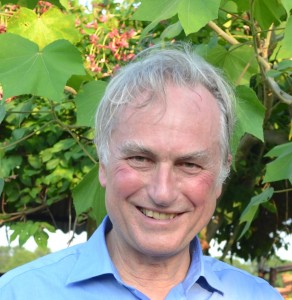 It was something that I had never expected but I got to work personally with Richard Dawkins. Actually BBC world and Channel 4 were making a documentary together and Mr. Dawkins was the host of this show. The name of this documentary was The meaning of Life. I got a call from the director of the show 10 days before the shooting was going to be done in Varanasi and they wanted me to organize their work. They contacted me only 10 days in advance because they had already hired some production house company in Delhi which had promised them to organize their work in Varanasi also but they finally they seemed unable to do it. So they found my blog and contacted me to manage their work in Varanasi. 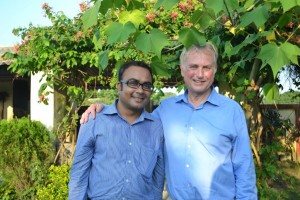 Mr. Dawkins and I

They were looking for the people who have been discriminated against in the society for the reasons they are not responsible for. They had chosen two kinds of people to work with i.e. a Dalit and Hijras. They wanted a Dalit boy who was discriminated against because of his caste, had to suffer a lot but he struggled and finally he had a stable life. They wanted Hijras because Hijras society has always faced discrimination because of their sexuality and they wanted to hear their stories. They wanted me to do the research to find the right people and schedule interviews.

I had already done such kind of research several times and knew exactly where to go so it didn’t really take me a lot of work. I just had to make a few phone calls and everything was organized on my end. One of the guys from that Delhi production house company came to Varanasi two days before the crew was supposed to arrive to check if everything was all right and in any case they needed to show that they were working really hard. Anyways, this guy wanted to meet with the people whom I had chosen for the documentary. 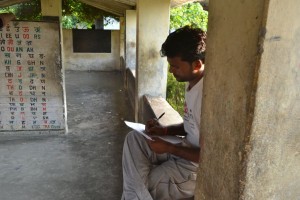 He was a nice person just trying to prove how experienced and knowledgeable he was but I was not really impressed with him because first of all he had taken the responsibility that he could not fulfill and secondly he was just trying to impose his ideas on me and the people whom I had chosen whereas I knew very well what I was supposed to do because I was talking personally with the director of the show and I knew what I needed to do. Anyways, finally the crew arrived and I was more than super excited to see Mr. Dawkins. It was really funny that I had not even heard about Mr. Dawkins before but when I asked my western friends they were all like he was one of the most famous scientists present in the world, a celebrity, a star… 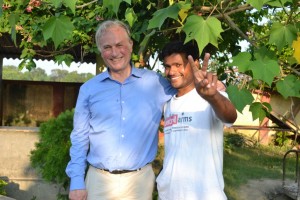 I read a wiki article about him and I also realized that I was going to meet with someone really important. I was super excited to see him but at the same time I was super nervous also. It happened for the first time in my life that I was nervous about working with a westerner. I don’t really have good experience of working under an Indian because I worked with Indians for a really little time so I am a little bit nervous whenever I have to work under an Indian boss. I do kind of good work as a boss for Indians but I am not really comfortable working under some local guy. 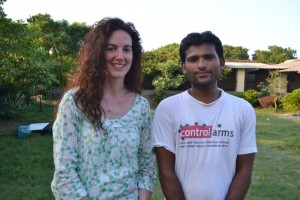 Mahendra with Alison, the director of the show

I have always worked with Westerners and I also very comfortable with them but it was first time in my whole professional career when I was seriously nervous. When I saw Mr. Dawkins first time I could not dare even to shake hands with him. He was very reserved and a serious person even with the crew members. The director and other crew members would plan the shot and then just ask him to act like that. Mr. Dawkins would either come on camera to interview people or sit alone and watch the surroundings. He was like a super star for sure. 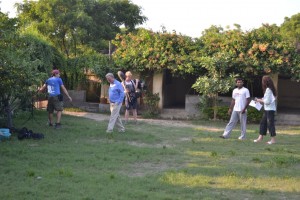 Finally I made myself strong enough to go and say hello to him. Maybe it was second or third time in my lifetime when I called someone Sir. I had already planned what I was going to tell to him but was so nervous that I forgot everything and ended up saying that- Sir, I read a Wikipedia article about you a few days ago and I really impressed with your work and think that you have done really good work. I was thinking like, “Hell, how could a person like me evaluate work of such a scientist like Mr. Dawkins. hahahaha.” Mr. Dawkins response was very polite and he said, “Yes, I also think so.”

I did not know what to tell him so I just started talking about how my western friends are big fan of him and what did they tell me when I first told them I was going to work with him. Anyways, I had chosen a Dalit boy named Mahendra from a village called Mehdiganj which is situated around 20 Kms from the Varanasi city. Mahendra works with an NGO called Lok Samiti as a teacher and is expert on RTI. Everything was set to start the filming and they needed a translator. They asked the Delhi guy to translate the interview and he immediately surrendered, I am 100% sure that he did it only because he was also too nervous.

He grew up in Delhi, went to an English medium school where they speak English as their first language and his Indian English was way better than mine but still he did not want to translate. He wanted me to translate for Mr. Dawkins. Again it was first time in my life when I said that I did not want to translate because I was also so nervous. The crew was stuck in between me and the guy from Delhi. He was smoking like a chimney and my heart was making sound like an Indian train. The crew requested me to translate and finally I had to agree.

I did not know what was going to happen but I started. I was listening to every word very carefully and tried my best to translate and finally everything was good. The interview was really nice and I was appreciated for my research of finding a right person for the interview and translation work. I was really happy and kind of proud. This happiness and proud feeling gave me enough strength to ask Mr. Dawkins to have a picture together with him but fortunately Mr. Dawkins came to me asked to have a picture of Varanasi crew with him. I was so happy to have a picture with Mr. Dawkins.

The second interview was with a group of Hijras. We arrived there the next day. Everything was all set and we completed the interview. We had organized a dance performance of Hijras because this is what they do when they go for work- perform certain kind of traditional dance, sing traditional songs and bless the baby. Hijras have this really strange reputation that they go naughty with their clients, tickle them, sometimes jump over their clients and maybe even go nude in front of just anyone. During this performance Mr. Dawkins was sitting on a chair, watching the performance and everything was being filmed.

Hijras asked me if they wanted me to play with Mr. Dawkins (playing means tickle him, kiss him or maybe ask him to dance with themselves) and I asked the director about it and she said that it doesn’t sound bad. I indicated the Hijras to go for it and two of them went to Mr. Dawkins and started doing all the naughty things. I could easily see the angry face of Mr. Dawkins, he was face was just red. As soon as the first performance was over, he asked the crew to send him to the taxi. I was a little bit concerned about him being angry but the crew said that it was fine. In the second performance the whole crew danced with the Hijras and had fun.

Finally the work was over in Varanasi where I spent hours watching and listening to a person like Mr. Dawkins who is very controversial for ideas of being atheist, anti-religion and having no existence of Gods and Goddesses. I have grown up in a country which is birth place of three major religions of the world. I have grown up as a Hindu and Hindus believe that there are 33 million Gods and Goddesses. I grew up in a city which is known as cultural and religious hub of Hinduism so I grew up hearing about religion, Gods and Goddesses and have seen religion being a serious part of one’s life.

I always believe that religion is like a government, a serious belief, a Windows operating system for the computer and if it is corrupt then we need to change it or replace it with the virus-free version. I believe in Vedas which gives the real idea about Hinduism and I like to be a Hindu. The best thing I like about Hinduism is the openness, flexibility and respect for everyone and this is how I like to be (note- these ideas exist in real Hinduism, not the present one that we practice nowadays) but Mr. Dawkins was really extremist about his ideas. I really respect his ideas of Gene-centered view of evolution, concept of the meme,  advocacy of atheism and science but I really wondered blaming a religion only by looking at wrong parts of it is good?

I believe that the world is about change, things have changed, things are changing and they will keep changing in the future as well. I won’t go against Mr. Dawkins if he start a new religion which has his own ideas but saying really extremely that faith of over 95% people of the world is bad is not something I really respect. I respect Mr. Dawkins, his ideas and he is still like a super hero for me but I would have respected him more if he was more like looking for the reason of change in the Hindu society and then say that look these are reasons behind discrimination against this Dalit boy and if this is what happens then why not become an athiest.

There is no way for me to question Mr. Dawkins and his style of working but I personally believe that he should become a little bit open for other ideas also which has been making the society for endless times. Anyways, it was just an awesome experience to work with a super star Mr. Dawkins who has brought change in the world in positive way and I really wish if I could work with him again.

2 thoughts on “work with Richard Dawkins”