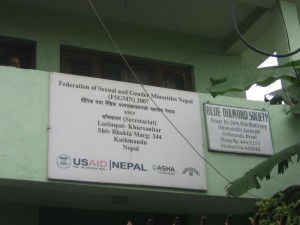 I went to Nepalafter 7 years but this time motive was different. When I went to Nepal last time, I visited Narayanghat and Kathmandu and basically I was just a regular tourist. But this tour was more than tourism for me. My main intention was to attend Kathmandu gay pride and learn more about gay activism in my neighboring country. Kathmandu Gay Pride is organized by an NGO called Blue Diamond Society. The main guy behind all the activities of Blue Diamond Society and all other gay activism in Nepal is Mr. Sunil Babu Pant, the director of Blue Diamond Society. He is one of the members of Parliament and Constituent Assembly in Nepal. 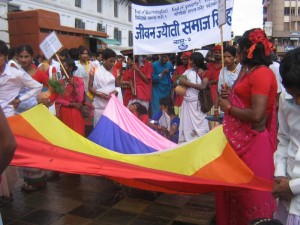 We arrived at the Blue Diamond Society office the day before the parade and I was surprised that nobody was present there. We knocked the door and one person showed up, in fact he was the only one present at the office. He said that since everyone was working hard for the pride and their preparation just ended yesterday, today everyone was celebrating and it was vacation for them. Anyways, he gave me tour of BDS office and explained me basic work of the organization. Luckily I was traveling with my friend Babu who speaks Nepali hence language was not a barrier. 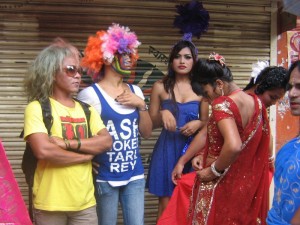 We talked for an hour and finally left with an invitation to attend the parade. I arrived to the BDS office on the parade day around 10 am. The whole office and its surrounding was full of people. They were wearing very colorful dresses and rainbow was everywhere. There were so many people dressed in traditional Indian wears which was really interesting to see. Later I was told that so BDS has networking all over Nepal and these people who looked like Indians came from the Nepal border close to India. The office staffed looked very confident and when I talking with them they were so open with their sexuality. 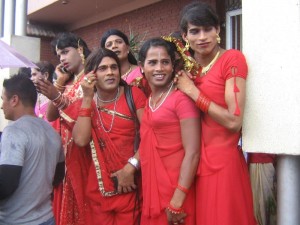 Nobody wanted to hide anything. I interviewed so many people including Mr. Pant and learnt a lot. Mr. pant told me that Nepal is way more progressive than India in terms of gay rights. He said that Nepali society is very much accepting the LGBTI community and he seemed very happy with the progress. He said that when he started his activism he had face problems with political parties because all of them were opposing him and his demand of equal rights for gay community and he had to struggle a lot in the beginning. 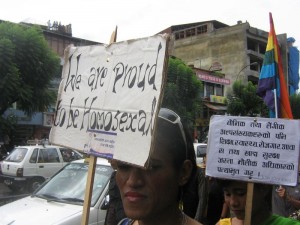 But only after a few months when the same politicians and political parties noticed that he was getting huge support in Nepal, they all started to contact him and they were all requesting him to join their party. Later he participated in the elections and was elected for parliament. He did so much advocacy for equal rights for LBGTI community and finally in the year 2008 supereme court of Nepal ruled in favor of laws to guarantee full rights to LGBTI people, and all gender minorities must be defined as “natural persons” under the law; this included the right to marry. 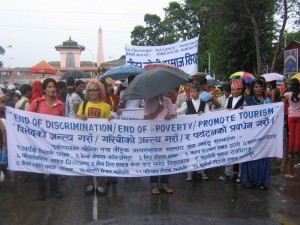 I was really surprised to hear that Nepal had already legalized gay marriages. Mr. Pant told me that in fact they were using this status of gay marriages in Nepal to attract tourism and kill poverty and they use the same slogan in gay pride parade also. The gay pride is celebrated on the same day when whole Nepal celebrates a festival called Gaijatra. Mr. Pant told me that Gaijatra has been celebrated in Nepal for ages and the idea of this festival is that everyone is supposed to be happy, make jokes, dress strangely and make other laugh and happy. 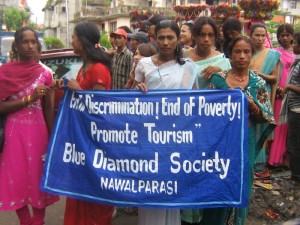 I asked Mr. Pant about his hope from the future and he said that if the condition goes on the same way then very soon they won’t need to organize gay prides in order to make LGBTI community strong but the only idea behind the parade would be increase tourism and bring more money jobs to Nepal because the society would accept the LGBTI community completely and it won’t be any issue at all in future. He said that even he started a travel agency called Pink Mountain to attract LGBTI tourists and it was getting very good attention. 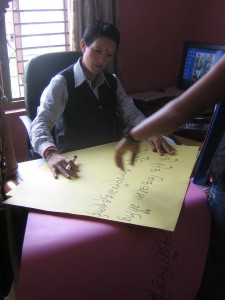 Suman ji in the office

Mr. Pant said that definitely there is discrimination against LGBTI community in Nepal but not as much as India or many other countries. Whatever he said was very interesting for me, especially the status of LGBTI community in the society. LGBTI community heavily discriminated in India but Nepal seemed very progressive. Anywyas, I interviewed a few other people including Suman Ji who was in-charge of Lesbian community work. She also told me the same thing that society in Nepal was changing its views for LGBTI people and very soon there won’t be any discrimination at all. She said that Lesbian community is more discriminated compared with Gays or Bisexuals but she was satisfied with the progress and had a good hope from the future. 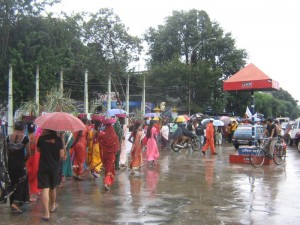 Finally the paraded started and I was part of it. Everyone was so happy, dancing, laughing, shouting and cheering-up… the same way in India. There were a few groups who were performing traditional Nepali dance and songs. It was raining that day hence parade was not really organized and in fact it was stopped for a while but in any case at least 1000 people attended the parade. I saw many people just jumping in from the restaurants or shops and joined the parade. The non-participants seemed cool to me, I did not really feel anyone was disturbed. 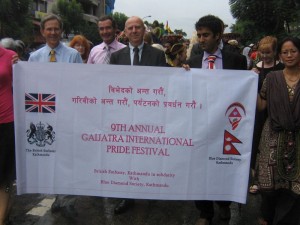 British ambassador in the parade

I once left the parade and went to a shop and then started talking with the owner. I asked him if he knew anything about the parade and he said it was Gaijatra parade. I asked him if he was aware of any connection with gay pride and he said no. So I am not really sure if everyone even knew that it was a gay parade. The biggest shock for me was presence of British Ambassador along with a few other country’s consulates in Nepal. I was thrilled to see the British Ambassador participating and supporting the parade. It immediately reminded me of section 377 in India which criminalized same sex practices in India and was introduced by British themselves. 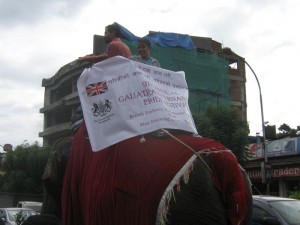 Mr. Pant on an elephant

Anyways, it was happy to see British Ambassador there in the parade. Mr. Pant was sitting on an elephant in the parade and I noticed non-participants calling him, raising their hands which was a clear indication that Mr. Pant was a popular guy in Nepal and people liked him. There was a chariot which was provided by Nepal Art Museum and the elephant was provided by National Zoo in Kathmandu for free to support the parade which was again a wonder for me. All these things made me feel like definitely Nepal was more progressive than India in terms of equal rights for LGBTI community. And not only in terms on LGBTI rights but in Nepal was way ahead than India in terms of women rights. I was really impressed with the condition of women in Nepal, in fact it was the most impressive thing for me. 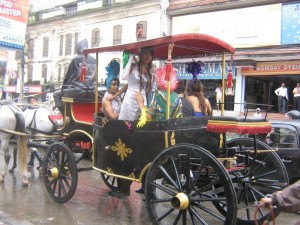 chariot in the parade

Finally the parade ended with candle lighting and a speech by Mr. Pant. Whatever I saw in the parade was not a wonder for me but when I think of the country Nepal and when I compare it with India then everything was a wonder for me. I was surprised to see how this small country which used to be a Hindu country, like India, only until a few years ago has accepted the LGBTI community whereas in India we are more developed, we have more money, better education but still the condition of LGBTI community is very bad. Anyways, it was really nice that I attended the parade and got to talk with Mr. Pant and other people working BDS. It was very inspiring and a blessing for me. I would definitely like to attend the parade again in Kathmandu in future.