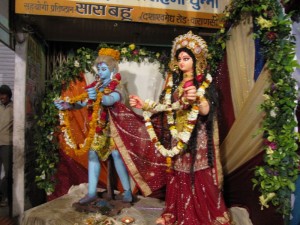 It was Shivratri on the 12th and I was super excited for it. Shivratri is the biggest festival of Benares. Actually it is celebrated because it is wedding anniversary of Lord Shiva. There are more than six thousand temples in Varanasi but 11 out of them organize a wedding parade of Lord Shiva. The parade starts from different temples and end near Vishwanath temple (golden temple). The most popular and biggest parade starts with Mahamrityunjay temple and is the last parade of the day. I also went to see the parade with my friends and it was just awesome. 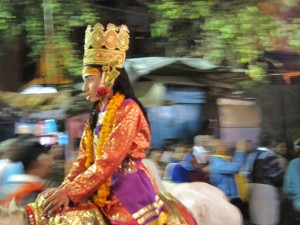 a character sitting on a horse

Since Bhang is associated with Lord Shiva and is part of Benares culture, most of the people of Benares consume a little bit of Bhang for the festival as blessing of Lord Shiva. They take a bath in the river Ganges, do some rituals at Shiva temples, offer bhang and later consume it as blessing of the temple. The whole city is decorated with lights, free bhang drinks are served everywhere, people come out…its so fun. I love this festival. It is said that all kinds of characters had participated in Lord Shiva’s wedding like Gods, Goddesses, ghosts, demons, devils, headless, crazy, lepers, one legged, one eyed, animals… so the wedding parade also had all kinds of characters. 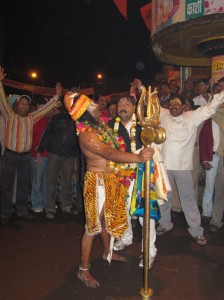 There were people wearing masks of ghosts, someone was dressed as a God, someone was a Goddess, there were snake charmers, hijras, cows, bulls, goats, dogs, horses, elephants, people were smoking ganja…it was crazy. There was one guy dressed as Lord Shiva and was leading the parade. He was too high in bhang, actually he was almost sleeping while walking. I had seen the same guy at last year wedding parade also and I think they intentionally make him consume a lot of bhang because he was sleeping last year also. He was not able to walk, would get fainted sometimes. He either walking so slowly with his closed eyes, or was dancing or would get fainted. I am sure Lord Shiva did not get fainted when he was going to marry, but Benares makes people fainted by its bhang:) 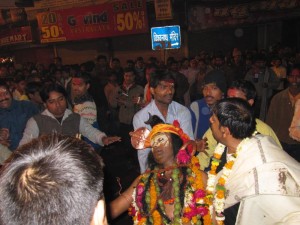 He was carrying a trident and a Damru and was wearing a Dhatura garland. He would do Tandav dance for like a minute or a few seconds and then get fainted. People would start shouting Har Har Mahadev (chant of Lord Shiva) and Jago Baba (wake up baba, baba is another name of Lord Shiva in Benares) as he would get fainted or would fell asleep and again this guy would wake up and would start dancing. There were thousands of people shouting Har Har Mahadev, it was so loud and I was just loving it. I don’t really know he can someone be alive after consuming that much of bhang as he had consumed. 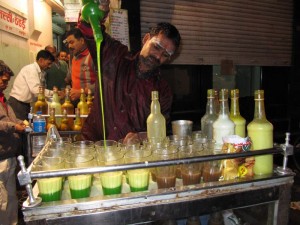 There was loud music, people were playing drums but the I loved the Nagada drum most. Nagada is also very Benares intrument and is used for wedding and cremation parade both. We are the champions of Nagada. Josh wanted to consume bhang and he did not ask me before buying it. He just went to a shop and bought a glass of bhang lassi and drank it. He thought that it would make him high immediately as alcohol does but in fact bhang takes sometime to react. After a while he asked me again to drink more bhang lassi and I took him to a good shop but I did not know that he already had consumed bhang before. 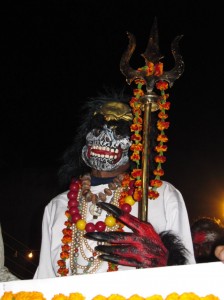 After finishing more than half glass of bhang lassi he said that bhang doesn’t make him high and I said that it would take some time. He asked me how much time and I said that at least 2 hours and then he told me that he had already drank a glass of bhang lassi about an hour ago. I told him not to drink his second glass but he said he could deal with it. I knew that two glasses of bhag was too much but he thought it would be okay for him. It has been more than 48 hours since he drank his second glass and he is still in his room sleeping. I asked him if he would like to drink another glass of bhang and he said never in his life again. 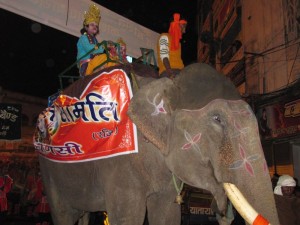 elephants were also there