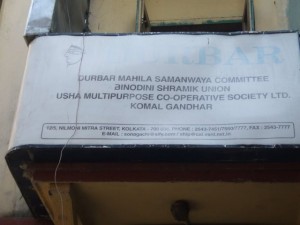 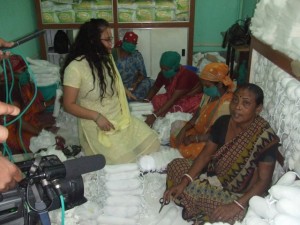 So it used to be really hard for them to open a bank account. They were never ever able to save the money. Their savings were often looted, sometimes by the brothel owner and sometimes by their clients. Durbar wanted them to start saving and to do this they asked the Indian government and a few banks to let the sex workers open their bank accounts without bringing any guarantor or any proper residential proof but neither the government nor the banks agreed with it. Finally Durbar asked government to give them a license to start a co-operative society especially for sex workers and finally after a long struggle they got the consent. 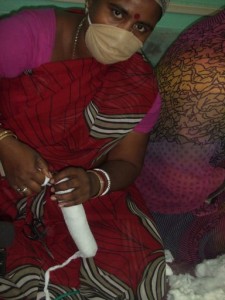 A sex worker working with the napkin

Now Durbar has started a co-operative society only for sex workers and there are twelve-thousand sex workers saving their money with this society. This society works exactly as a bank- it provides loans and everything. A lot of sex workers are not allowed by brothel owners to go outside the brothels but they also wanted to have a saving account so for them Durbar’s workers go from one brothel to the next one to collect the money. I went to their bank also and saw a lot of sex workers coming to the bank in person and doing banking. Now the sex workers can save their money with this bank which is obviously a big help for them. And it’s only about saving, they can even take loans also whenever they need. 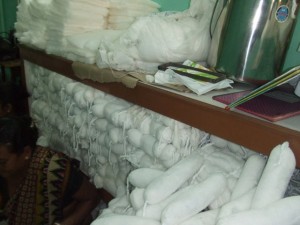 Bunch of napkins ready to be packed 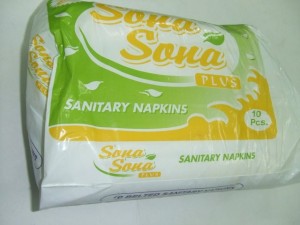 They were very well organized. Durbar had hired an MBA professional to help them launch their product in the market. I went there with Seranna andthe  camera crew and did some shooting also. This factory was just at the entrance of Sonagachi, the red light area. There were about ten women working there. They said that after a certain age they can’t make much money so they definitely needed a stable source of income and getting a job like this will help them a lot. Most of the workers there, maybe all of them, seemed like over 55 in age and I am sure they these aged people have hard time getting work in the sex industry. I really liked this project a lot.