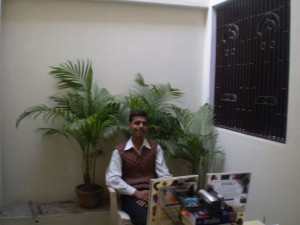 I have got a project from an American institution that makes videos to make people aware of HIV and AIDS. Their name is AIDSvideos.org. They want me to make videos for them in every possible Indian language. They have twenty seven different kinds of scripts in five different Indian languages so it seems like a long term project. They want me to do two kinds of work for them- translate their scripts in different Indian languages and then make videos of them. There are twenty-two official languages in India so if I make their whole videos then it will take at least few years to complete it.

I had made a Hindi video few days ago using their script for Sanjeevani Booti but it did not go well. There was a American student named Allen Roda from New York university staying at my place those days who had a very nice camera. We used his camera to make the video. Since I did not have a teleprompter and the script was so long, I got the script printed and put it at both sides of the camera so that speaker could read it. It all went well and it looked fine on the small camera screen but when I played it on my TV then I could easily see the problems. The speaker’s eyes were moving from right to left every time he would go from one page to the other one. It did not look professional so I have decided to make other one. 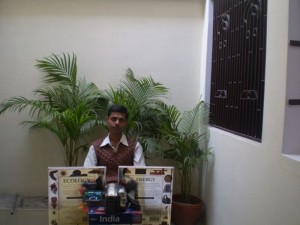 Ravikant in front of camera

But still I have some problems. Lane and I looked for some software that work as a teleprompter and we found some that worked perfect with English script but the problem is that they do not work with Hindi or other languages. I don’t know how to solve this problem. But one thing is very sure that if I do not have a teleprompter then it will be very hard to make long videos. The script is eighteen minutes long and it is very hard for anyone to remember this whole script and start speaking in front of the camera. 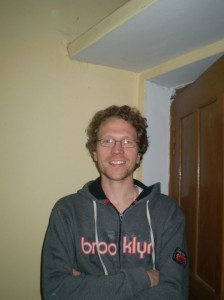 I was so excited for this project but the teleprompter problem has become a huge issue for the speakers. They say that they will not be able to remember the whole script. By the way I did some translation work by translating the script in Bhojpuri. It was also a hard job because Bhojpuri is spoken in lots of different districts with different accents and different words therefore I tried my best to write in a very simple Bhojpuri that could be understandable to everyone. I am sure that this will work fine but again the problem is that I have not been able to start making the videos. Hopefully Lane could find a way to fix this problem. I am also talking to people and searching online to fix this problem. I want to start this project soon. I am so excited for it.