It is month of Savan according to Hindi calender now. A lot of people from different states come Varanasi 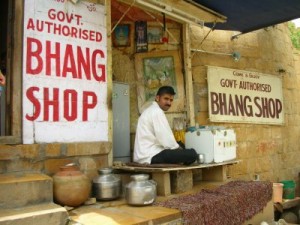 to make a pilgrimage during this month. Most of them wear a orange dress and carry a stick that has two pots filled with Ganges water. These people are called Kavariya. I see a lot Kavariyas nowadays and it made me remember about a incident which happened about 7-8 years ago when a 10 years old Kavariya took bhang and started driving a train at Maduadeeh railway station in Benares.

It was 4’o clock morning time now and he was at railway station. The train was supposed to start at 6’o clock morning time so he had two hours. Train drivers had started the engine but they were taking a chai at railway platform. After a while Kavariya decided that he will not wait any more, he got in the drivers car and started the train in back gear. Nobody understood what was going on. Even the drivers and railway officers were wondering who was this new driver.

He started running the train in opposite direction, the train was supposed to go to Gorakhpur and but this 10 years old driver was driving it into Allahabad which is just in opposite direction of Gorakhpur. Immediately all the trains were stopped on the Allahabad route and this guy was running the train at its full speed in back gear. There were few places were railway tracks were damaged and drivers don’t exceed the limit of 30 Kms per hour but this train was running at the speed of 120 Kms per hour all the time.

This news spread like a fire in jungle, all the people and media came near the railway track. I also saw the 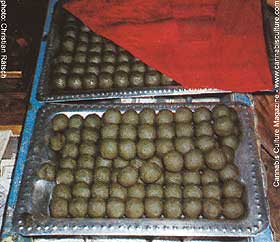 The train stopped and fell down but fortunately nothing happened to Kavariya boy. He was arrested and both drivers of train were terminated from their jobs. When police asked him why he decided to drive the train he said he just got into the train and started driving it. He didn’t know what was going on, he was just enjoying his time. When police asked him if he had done some drugs or something he admitted that he had taken some Bhang last night but the feeling was still high when he was driving the train.

Government said that he was crazy, mentally retired but I know and everybody else knows that he was not crazy, it was only and only Bhang that made him drive the train. I think it was driver’s fault who were taking chai outside their car after starting the engine.

1 thought on “Bhang and the train thief”